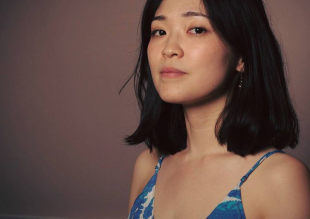 Teaching Philosophy:
My goal of teaching is helping and supporting each student’s concern about playing flute with matched their level, to rise to the next level.
If you are beginner, my lesson will start how to play instrument and read music just step by step. Then, the first goal is playing duets and finding joy by playing music together!
If you are already intermediate player, I would focus on tone quality, posture, play in tuning with using both of technical and tone excise.
For more upper level player who have some concerns about classical flute technique or switching jazz flute from classical world, I would love to hear your questions first, then solve it with some different approaches.

Beauty of flute is about its sound. Possibility of flute sound color is unlimited as like fuzzy, mat, pure, shiny, gorgeous etc.. To have a good sound, it is necessary to care about your tone quality and work on right posture, embouchure, and play in tune. It gives you more freedom on your performance, and clear mind while your playing. The important thing that you get the right way is observe your practice. If you can do yourself carefully while you are playing, easier to improve without spending too long time to work. Those are my main ideas for my lessen. Everyone already have own sounds but different starts and goals, so looking forward to help you to improve your level, and play music together!

Kana Miyamoto makes an auspicious debut recording exhibiting both a gorgeous tone on the flute and a very personal approach to synthesizing classical, jazz and rock influences in her compositions and improvising. Definitely worth checking out!
-Jamie Baum

Kana Miyamoto is a New York based flutist, educator and a composer originally from Japan Kana Recently released her debut album ”Spring Doze” which already has been getting reviews from magazines.

She started playing flute at age of 13. In 2002, the Agency for Cultural Affairs in Japan awarded Kana an, “Up-and-Coming Artist Overseas Training System” grant, which allowed her to study abroad to U.S. She was an exchange student for a year and graduated from Interlochen Arts Adademy for three years after. Kana returned to Japan to pursue and graduated a degree in Music at Tokyo College of Music in 2011. She started her career while she was in college as a soloist, sideman, recording for TVCM music and performed for music festivals such as Radio-I 20th anniversary in Nagoya, Toride Jazz Festival 2011 and 2012 in Kanto. Also she by her deep interest in jazz music, Kana moved to New York in 2014 to pursue a performance degree from the New School’s Program for Jazz and Contemporary Music. She joined Hudson Jazz workshop in 2015 as a scholarship student .She released her 1st album ‘Spring Doze in 2017 which lead to her first Japan tour in 2018. Recently She has been performing jazz clubs and venues in NYC, small experiment venues.